A Dedicated Team You Can Trust

Since 1999, we’ve been helping vehicles like yours get back on the road in prime condition. We pride ourselves on providing the highest quality renovations and repairs for your car or RV, paired with the very best in customer service. Contact us today to find out how Premier can take the hassle out of auto and RV service.

Karl Copenhaver became involved in the auto repair-collision business like many other second-generation children, he followed in his father’s footsteps. Karl’s father was a sportsman racer and mechanic on the local racetracks of his hometown of Lancaster, PA, continuing with his love of auto repair after relocating to the Los Angeles suburb of the San Fernando Valley in California. Karl was initially introduced as a child growing up helping his father with auto repair, body repairs, and painting projects on weekends.

Karl’s professional career started right out of high school, starting as an apprentice painter, working his way up through all levels of auto body repair and painting, parts management, estimating, and shop management working for many large collision repair centers in the Los Angeles area. Karl realized his dream of owning his own auto body and RV collision repair shop in 1999, eventually settling in the Arizona city of El Mirage.

Over 18 years later Premier Coach Works partnered with Fix Auto El Mirage has become the “Premier” Certified Auto & RV Collision Repair Center on Phoenix’s fast-growing westside area, we are a proud supporter of the 3M Company “Hire our Heroes” program as well a supporter of our local Phoenix Chapter of Make-A-Wish Foundation and the National Auto Body "Recycled Rides Program". 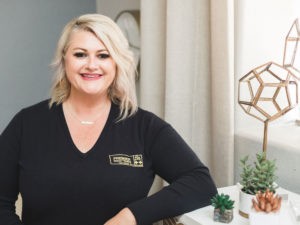 Cindy is an Arizona native with an extensive background in interior design and renovation, business ownership and management.
Growing up in the Phoenix area, one of her first jobs was at a local car dealership, where she gained a knowledge of the industry and a sound understanding of customer service.
She was able to apply this experience later on in her own businesses and on a daily basis in the management of the Premier Coach Works staff. Cindy goes to great lengths to ensure that we exceed every customer’s expectations.
Cindy is also the auto dealer liaison, in which she is responsible for nurturing our many, valued, local dealer relationships and manages both the internal work and all marketing.
Lastly, with an emphasis on best delivery practices and a rigorous inspection process, Cindy personally inspects every vehicle we repair, to ensure the highest quality product is delivered to all of our customers. 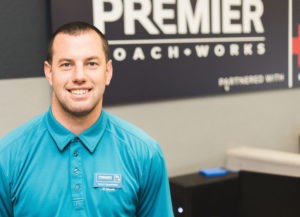 Kody Copenhaver also followed his father’s footsteps and is a 3rd generation Auto & RV Collision repair estimator. Kody started his career with Premier Coach Works while in high school, starting in the maintenance department, eventually working his way through the detail department, auto estimator, technician assistant learning the repair process in a “hands on” environment. Kody’s current position is Lead RV estimator and is also the RV Lot Foreman, managing the work flow of coach repair, parts procurement and refinishing.

Kody also carries administrative responsibilities, crucial to his expanding scope of experience and knowledge of the business and industry as a whole. 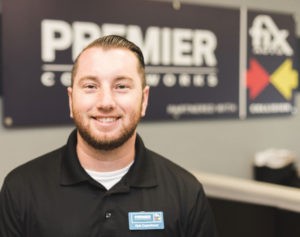 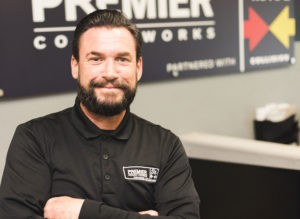 Jeremey is a 3rd generation auto repair technician, auto body & refinishing technician as well as a master auto estimator. Jeremy started in the auto body business as a maintenance employee, Jeremy spent over 20 years working his way through the ranks, first as a detailer, buffing & polisher, paint prep, painter, auto body tech assistant, auto body tech, Jeremy has also spent his career as the owner of his own auto detailing shop, many years working as an independent insurance claims estimator. Jeremy brings all of this extensive experience to Premier Coach works as one of our lead auto estimators & Insurance claims specialists. 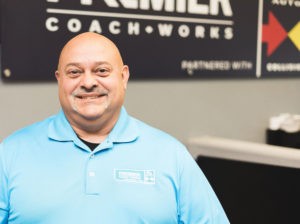 Originally from New Hampshire, Jay got an early start, learning the auto industry, while working with his father who owned and operated his own mechanic shop, from the young age of 12. After moving to Phoenix in the early 90’s, he started out in the parts department of a local auto dealership and worked his way up to auto estimator just a few years later. Eventually, he was appointed production and quality control manager and ended up ultimately, in the position of their body shop manager.

Jay bring his industry knowledge and insurance expertise to our company, as one of our Lead Auto Estimators. 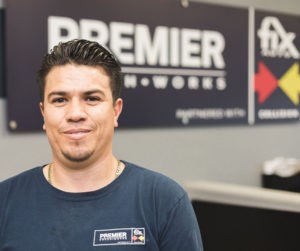 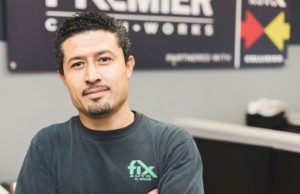 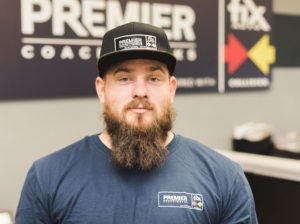 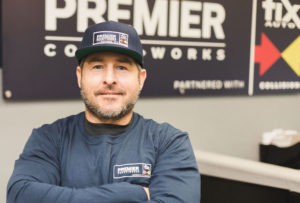 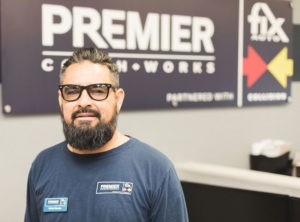 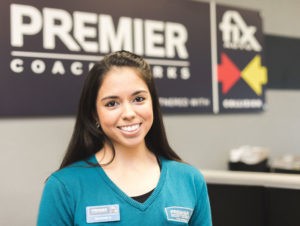 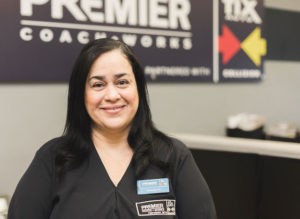 Vanessa is originally from Puerto Rico and relocated here to the States in 1991 and ultimately here in Arizona in 1997. She not only brings her bright and bold personality, she also brings over 20 years of combined experience in the body shop and RV industry, including being a part of Premier Coach Works in its early years.

As the manager, she is our lead front office contact, dealing in customer service and the relationships we have with our insurance partners. She oversees the scheduling and deliveries of all autos and RV’s and fields the majority of the incoming calls. 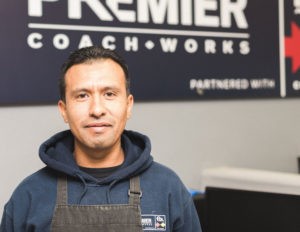 Our Commitment
To You

Our technicians really know their stuff!
Check out our blog for valuable information, tips, and tricks to help keep you safely on the road where you belong.

Premier Coach Works is a proud supporter of the Make-A-Wish Foundation. We donate money for every car or RV that we repair through the Magnetic Star Programs!

We’ve got you covered.